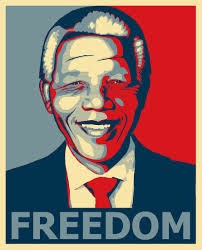 It has been a while since the last newsletter. What with holidays, the start of the new academic year, a revamp of the program I run and various other commitments time has been short. I will try to produce at least one newsletter per quarter for 2014, but can't guarantee it! Please feel free to forward any articles you feel should be included.

It has been a sad time for us in South Africa with the death of Nelson Mandela. Even though this was some months back his presence is very much evident. It is very difficult to explain to those without an intimate knowledge of our history just how much this man has come to symbolise. He is the figurehead that represents the struggle of many other great men, a nation and the political structures he represented. If it was not for the efforts of Mandela and these individuals, the treatment centre I run would not be legal. This is a thought that is truly bizarre,  and a sad indictment on those that allowed the apartheid system to flourish under the old regime. We miss Tata Madiba.


In the last news letter I spoke about the Mind & Life Conference on craving, desire and addiction. Well, that is now past, and it was indeed extremely interesting. I have summarised all the presentations, and they can be accessed through this post here.

I have always found this description of addiction useful: "Addiction is a pathological relationship with a substance or activity at the expense of more beneficial relationships". Recently I was asked to give a talk on this subject and you can find it here: The Relationships of Addiction: Drug is the Love. As with any talk, it is impossible to cover all the bases, so your comments and criticisms would be welcome.

Many of us are aware of the stress/addiction link. Robinson and Berridge have shown in their lab that there is a sensitization to stress, even after prolonged abstinence from the drug of choice. In 2008 Koob and Le Moal developed the concept of the anti-reward system, which has been hypothesised is a protective  mechanism which prevents the excessive activation of the reward system. The negative reinforcement that is viewed by some as the driving force behind the compulsion of late stage addiction is described by Koob and others as the result of "dysregulation of key neurochemical elements involved in the brain stress systems within the frontal cortex, ventral striatum and extended amygdala" in the paper Addiction as a stress surfeit disorder. Koob often refers to "the dark side of addiction" and does so again in this paper. Here he looks at the stress system, particularly the extended amygdala and the role of corticotropin releasing factor. The downstream effect is that that there are stress-like responses and a dysphoric state arises.

The article concludes: "brain stress response systems are hypothesized to be activated by acute excessive drug intake, to be sensitized during repeated withdrawal, to persist into protracted abstinence, and to contribute to the development and persistence of addiction. The recruitment of anti-reward systems provides a powerful neurochemical basis for the negative emotional states that are responsible for the dark side of addiction."

Following from Koob's work is the conclusion that by reducing stress, we may reduce addictive use and relapse. As we know dysphoria, insomnia and craving all have roles in reinstatement of substance use, particularly alcohol. A study published in the JAMA, Gabapentin Treatment for Alcohol Dependence, describes a randomised clinical trial which shows some promising results: a 45% reduction in heavy drinking for the high-dose group, compared to a 23% reduction for the placebo group, and a 17 vs 4% abstinence level. There appears to be a significant dose-response effect, with those in the lower dose range showing reduced benefits, which is good news.


The Gabapentin modulates the levels of GABA in the amygdala, and thereby reduces levels of stress and anxiety. It will be interesting to see the effect on other addictions, which are also easily reinstated through stress. Another plus point is that gabapentin is already freely available as an anticonvulsant and is already used in the primary care setting for pain management, particularly migraines. It is also not metabolised through the liver, but is rather excreted through the kidneys.

As a result of the Mind & Life talks I have been doing some research on mindfulness based interventions in the treatment of addictions. Certainly in my setting I have found these to be useful in the group setting with a particularly difficult and largely forensic and co-morbid population, but I am interested to know if there is a direct effect on substance use. In a 2009 systematic review, Zgiersky and others conclude that although Mindful Meditation appears to be safe and there is some preliminary data supporting efficacy, there is little conclusive data for MM as a treatment for addictive disorders. In 2011, Sarah Bowen (who also spoke at Mind & Life)  drew a similar conclusion when considering mindfulness combined with CBT.

A very interesting paper that provides more definitive evidence examines mindfulness and smoking. The paper Brief Meditation Training Induces Smoking Induction hypothesized that a type of mindful meditation, Integrative Mind-Body Training (IMBT), would improve short-term self-control and reduce craving and smoking. This was a randomised control study with a control group who received relaxation therapy. The IMBT group, after 2 weeks of training, there was a 60% drop in smoking. The control group showed no change.

It is also very interesting in that the study looked at activity in the PFC and ACC prior to intervention and in comparison to a non-smoking control group. As expected, the smokers showed lower activity indicating impaired self-control. After the training, there were marked changes in activity, although in slightly different areas, in the IMBT group, but not in the RT group.

Another very interesting fact is that the subjects who intended to quit showed no significantly better results than those with no intention.

The authors conclude: "Our results to date suggest it may be possible to reduce smoking and craving, even in those who have no intention to quit smoking. This low-cost and short-term intervention may influence a common anatomical pathway to substance abuse and reduce possible risk for drug use in youth."

Certainly we need to conduct larger RCTs on mindfulness.

Buprenorphine Hits the Big Times
Over the last few months there has been more and more mounting research supporting the long-term use of Buprenorphine for the treatment of opioid addiction (see previous newsletters). The New York Times (ok, so maybe the Times in the UK is THE big Times!) featured an article about buprenorphine that received a lot of attention in various addiction forums. The headline "Addiction Treatment With a Dark Side" sets the tone for the article. Although the article is well researched, it distorts many of the "facts".


One of these facts is that "A relatively high proportion of buprenorphine doctors have troubled records, a Times examination of the federal “buprenorphine physician locator” found." The implication is, perhaps, that these doctors are little more than glorified drug dealers, but this misses the point that many doctors tend not to choose addiction medicine as they first choice - many have histories of addiction and the corresponding psycho-social and legal problems that come with that.

Another example is the fact that there have been 420 deaths over the last decade where buprenorphine was implicated. This is not off-set by the huge number of lives it has probably saved. Both of these points are covered by to some degree later on in the article, but as we know, most people will never read past the first page when it comes to the internet!

The Washington Post published an article in response to the New York Times article. It makes some detailed criticisms of the article and is well worth reading.

Rat Park
Carl Hart's book, High Price, and the associated publicity, has brought back into the public eye issues of poverty and how they relate to addiction. Not only the very real plight of financial poverty, but the multiple expressions of financial poverty that lead to a poverty of life experience. This brought me back to the work of Bruce Alexander and his work on environmental influences on self-administration in animal studies. I am eagerly awaiting reading Alexander's book Globalization of Addiction.

For those of you not familiar with the Rat Park experiments, I would like to suggest that you take a look at Stuart McMillen's excellent cartoon, which accurately and succinctly describes them.

Quote and Personality of the Month: Mike Ashton 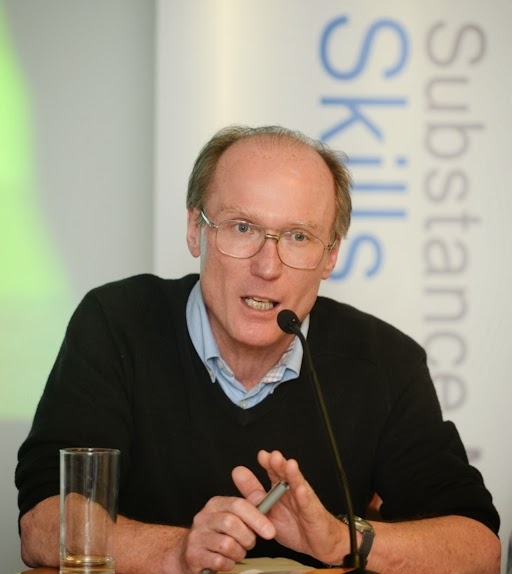 I have previously spoken about the Drug and Alcohol  Matrices on the Findings website. Mike Ashton is the man behind these fantastic resources. The Matrix is one of the best overviews of Alcohol and Drug use disorders that I have ever seen. I recommend it to everyone in the field, and can safely say if you studied these in depth you would have an excellent understanding of addictive disorders and the best means of treating them.

Each Matrix looks at Harm Reduction, Generic and Cross-cutting Issues, Medical Treatment, Psychosocial Therapies and Safeguarding the Community in each of the areas of Interventions, Practitioners, Management/Supervision/Organisational Functioning and Treatment Systems.


Also well worth viewing are the videos of Mike offering his opinion on various addiction related issues, which can be found at FEAD (the Film Exchange on Alcohol and Drugs)


Mike really stimulates discussion with his regular posts to LinkedIn, and often makes truly insightful and challenging comments about addiction treatment. This is one of his recent comments:

"If it is the case that there is no such thing as 'addiction' as a unitary medical or psychological condition, or even a set of such conditions ('addictions'), then it also makes no sense to construct unitary, standardised responses. This is like developing standard medical responses to the behaviour we recognise as limping. Any number of conditions and combinations of circumstances can lead to this behaviour including being kicked by the doctor, hobbled by prison chains, a cancer, a poorly fitting shoe, or an uneven floor, it may or may not bother the limper in any number of different ways for shorter or longer periods, and what they want done about it, if anything, will similarly vary. We may need a doctor to fix it but we may as easily need a carpenter, a good shoe fitter or a lawyer. The unitary nature of the behaviour does not mean there is a similarly unitary cause or a standard set of responses."

Logical Fallacies
In the course of following many of the on-line debates that take place I am becoming very aware of the lack of critical thinking that is happening in the world of addiction. Many so-called facts are, in fact, based on poor evidence and are presented as fact or first principles upon which fallacious arguments are built. For this reason I decided to include this helpful link to help us try and become more critical in our thinking and recognise these logical fallacies. 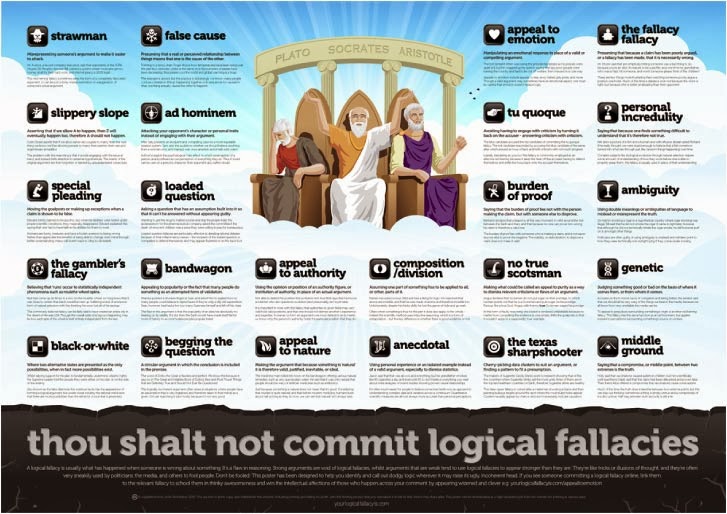