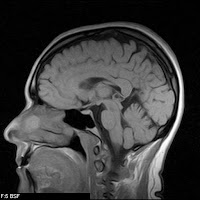 The common reward pathway for substances of abuse, specifically relating to neuroanatomy and neurophysiology.


PDF Version
Although substances of abuse have varied and diverse primary targets and acute effects neurochemically, research has shown that almost all substances of abuse lead to an increase in dopamine in the mesocorticolimbic dopaminergic system. The understanding of this common reward pathway is important as it could (i) lead to the development of a single medication that works for various classes of substances of abuse in addiction treatment; and (ii) give a better understanding as to why all those suffering from addiction experience similar psycho-social devastation in spite of the variety of drugs of choice.

As humans we are prepared to allocate time, effort and energy in the acquisition of the “things” that are essential for our survival. These “things” can be considered the fruit, or reward, of our labour.

The human brain has a complex system of ‘reward’ that has evolved to assist in the mediation of pleasurable behaviour (Esch & Stefano, 2004). Primary reward is designed to ensure human survival by directing us toward beneficial behaviours such as eating and procreating and then reinforcing such essential behaviours (Goldstein, 2002) (Nestler E. , 2005) (World Health Organisation, 2004). Secondary reward deals with more abstract concepts such as achieving life goals (Taber, Black, Porrino, & Hurley, 2012).

At the centre of the reward system are the mesolimbic and mesocortical pathways (World Health Organisation, 2004) (Esch & Stefano, 2004). The mesocortic pathway projects from the ventral tegmental area (VTA) to the perirhinal, cingulate and prefrontal cortex and is thought to be important for reward processing. The mesolimbic pathway links the VTA with the limbic system via the nucleus accumbens (NAcc) and is thought to be important for the reinforcement of reward (Taber, Black, Porrino, & Hurley, 2012). See Figure 1

In response to a motivationally relevant event, the VTA is stimulated. Nerve cells are excited and they send an electronic impulse along the axons that project into the NAcc. This causes dopamine to be released into the synapse and then latches onto receptors on the NAcc neurons. The activation of this system produces changes ranging from slight mood elevation to euphoria. In this way we develop an adaptive behaviour response in the case recurring events or stimuli (Kalivas & Volkow, 2005).

It is important in terms of addiction that the “motivationally relevant event” in initial stages is the actual receipt of the reward, while after time it is the repeated precursor to the reward that triggers the release of dopamine and acts as the “motivationally relevant event”. Should the reward exceed the anticipated level of reward, this can result in further dopamine release and even further enhance the learning and reward process.

It is believed that it is this reward system, along with the serotonin systems, that is co-opted and eventually modified by substances of abuse (Dackis & C, 2005).

The effects of substances of abuse

As discussed, dopamine is central to the reward system and forms the basis of all current models of instrumental responding. Therefore, if there is a common reward pathway for substances of abuse, it would seem logical that all these substances of abuse would have an effect on dopamine.

If we consider the varied acute effects of the multitude of substances of abuse the likelihood of a common reward pathway may seem remote, however, if we examine the actions of many of these substances we find this to be the case. The following table gives a simplified overview:

I have highlighted the instances where dopamine release is stimulated, and indeed we see that the substances of abuse listed here all seem to have an effect on dopamine levels, which will in turn activate the natural reward pathway. This evidence is further enhanced by the observation that substances of abuse can lead to cross-tolerance and cross-sensatization (Nestler E. , 2005).

Having said this and pointed out the importance of the dopaminergic pathways and the increased levels of dopamine during drug administration, there is evidence that the reward system may collapse under the constant artificial stimulation by drugs of choice and natural dopamine levels may drop significantly causing a variety of negative affective states (Esch & Stefano, 2004) (Nestler E. , 2005). It is at this point that other systems take over.

While all the current evidence seems to demonstrate that there is indeed a common reward pathway, it’s not the only place that substances of abuse are active, and it is doubtful that the effects on the reward pathway are identical. It also seems that while this reward pathway is responsible for the development of addiction, the chronic state of addiction probably lies in other systems.

The value in understanding the common reward pathway for substances of abuse and natural rewards is not so that we can block that reward pathway – this would raise serious bio-ethical issues – but rather so we can prevent the hi-jacking and modification of this system that moves an individual from the state of being a substance user or activity partaker to being addicted to it.

Further research in this direction would possibly lead to the development of a medication that could be used to treat all compulsions and addictive behaviours, natural or substance induced, possibly developing an addiction vaccine. The big question is: if such a vaccine were to be developed, who would want to take it?