This newsletter was delayed, but I have a reasonably good excuse. I had a heart attack. Not to be put down by something minor, I used the opportunity to find out how much emergency room personnel know about addiction. Not very much it appears! I wrote about it in this piece: Substance Use Knowledge Amongst Emergency Room and General Medical Personnel. I am back at the office and its business as usual, which in the addiction field is anything but usual. Hope you enjoy this months newsletter, because it very nearly didn't happen!

This time we talk about: The Reward Pathway of Opioid Addiction, Does Maintenance Therapy Need Counselling?, The Scottish Review of Methadone Treatment, Is One Too many?, The Multistep Theory of Transition to Addiction, Internet Addiction, Scott Kellogg.

Has dopamine been getting a bad rap? In an article in Addiction Biology titled Investigating expectation and reward in human opioid addiction with [11C]raclopride PET the authors have created an experiment to test striatal levels of dopamine when administering heroin to former heroin dependent individuals who are now stabalised on either buprenorphine or methadone. As we know, it has often been postulated that the rewarding properties of many substances of abuse lies in their ability to elevate striatal dopamine levels. Perhaps suprisingly the paper found: "There was no detectable increase in striatal dopamine levels to either heroin reward or expectation of reward." Is this really suprising? Well not really. Kent Berridge suggested that dopamine was not necessary as part of the reward mechanism underlying opiate use disorders.

After discussing this a bit, Marc Lewis made some suggestions:

"The four probable explanations of the null finding are presented by the authors, though not with much guidance as to how to think about them.
1.The heroin shots were passive — the subject knew that he didn’t have to do a thing to get his shot. So maybe DA only gets activated when drug-taking is active, not passive.
2. The PET methodology is simply too insensitive to pick up DA differences at this scale.
3. Despite what looks like sufficient statistical power, ten subjects just weren’t enough to get the effect.
4. Methadone blunts the system enough to quash or even reverse differences in DA."

Point 1 and 4 are very interesting to me. Also, if we could replicate these results in individuals who are not on substitution therapy, could it be that maybe we have this whole “common reward pathway” thing wrong – if so we would have to re-write the whole book on addiction and that maybe we need more specific interventions based on the individual type of drugs used.

Considering point 4, my immediate thought on reading this paper was: the results showed that the agonist (or partial agonist in some) therapy was doing its work and blunting the effect was due to this – for me this would be a great explanation because it would show that these therapies do work by reducing expectation, and that even with the sensitised stimulus (visual and the DOC), there is a muted response.

It would be great if we could repeat  this experiment using a combination of maintained and non-maintained opiate users. Any thoughts would be appreciated.

Does Maintenance Therapy Need Counselling?
I have in previous newsletters questioned the validity of research that claims that maintenance therapy for heroin addicted individuals is sufficient and that further counselling or therapy is not needed. I have, in this article, suggested that perhaps we are measuring the wrong things. There is also a worrying divide that is occurring amongst treatment professionals regarding Maintenance Therapy, and I have discussed this here. A study has just been published: Randomized trial of standard methadone treatment compared to initiating methadone without counseling: 12-month findings. For a summary and some thoughts around this paper, refer to the ever-reliable findings site.

The conclusions tend to show that there is little significant difference between initiating methadone treatment with or without counselling, either "as usual" or with intensive therapy. This would indicate that there is no reason to delay maintenance therapy because additional services are not available, or, as I would strongly agree, that maintenance should not be terminated because the patient does not attend mandated counselling sessions.

Where the counselling did make a difference was in terms of methadone dose: the dossages of those who received the "expert" counselling were significantly lower than those that didn't, and the ones who received the intensive counselling exited treatment earlier - but these extrapolations are not evidence that this is so as there are other possible explanations as the Findings article points out.


Scottish Review of Methadone Treatment
The recent Review of Methadone in Drug Treatment has highlighted why the general public and many professionals are often so misinformed about addictive disorders. The headlines in the press are diverse and could easily be believed to come from very different sources. While some headlines proclaim "Scottish methadone program should continue" and "Methadone should continue to be central drug addict treatment" others appear to sound dire warnings: "Methadone bigger killer than heroin in Scotland" and "Calls for review of 100k-a-day methadone programme." No wonder the public are confused!

One is too Many? 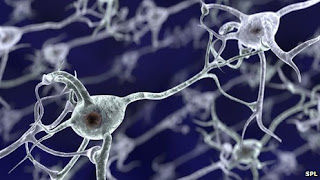 Again, some of the headlines are to be believed, just one use of cocaine doesn't only rewire your brain, but also has you addicted! But before all those once off users who "didn't really sniff" get into a panic, this has only been demonstrated in mice. The original paper, Cocaine-induced structural plasticity in frontal cortex correlates with conditioned place preference, describes how after a single dose of cocaine there was significant growth of new dendritic spines in the brains of mice. The more spines the more the mice sought out the context associated with the cocaine administration. One of the author's concludes "These drug-induced changes in the brain may explain how drug related cues come to dominate decision-making in a human drug user, leaving more mundane tasks and cues with relatively less power to activate the brain’s decision-making centers."
However, we know that we don't get "addicted" in one day. So I would argue that these brain changes just signify normal responses to certain substances, and not a pathology.  I feel that with all the advances in neuroscience, we are becoming over-awed with our observations into a world that was hidden to us. While this can, and indeed will, provide many answers to confounding questions, it can also muddy the waters and lead false conclusions. Like just one line and you're addicted!

Multi-step General Theory of Transition to Addiction
Piazza and Deroche-Gamonet have published an interesting Multi-step Theory of Transition to Addiction. What I like about this paper is that they regard drug seeking and consumption as within the range of normal behaviours, reserving the term pathological for late stage addictive behaviours. They propose that the transition from substance use to addiction is a three step sequential action between individual vulnerability and the level of drug exposure. They further propose that this transition is determined by two distinct vulnerable phenotypes along the path to addiction. one being those who have a sensitized dopaminergic system and impaired PFC function which leads to intensified, sustained drug use. The second phenotype is characterised by long lasting loss of synaptic plasticity and results in a "form of behavioural crystalization."

Internet Addiction? We Have a Bed for You 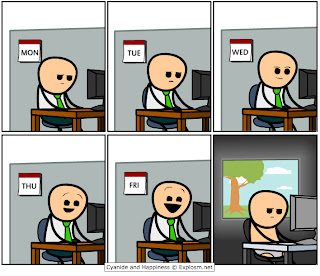 A Pennsylvania hospital, the Bradford Regional Medical Center, has opened the first inpatient treatment program for internet addiction. At a cost of US$14 000. For a 10-day treatment program. In cleverly worded statements the founder of the program, Dr Kimberley Young, puts the phrases DSM5 and Internet Gaming Addiction in the same sentence. Of course Internet Gaming Addiction is not yet a diagnosable disorder, but is rather included in the "Emerging Measures and Models" section of the DSM5.

Certainly Stanton Peele may argue that the internet is the perfect tool for delivering content that could be addictive, whether it be games, gambling, google or girls. And indeed there may be some people suffering from what appears to be internet addiction, but I doubt if a 10-day harm reduction approach program will solve their problem. Maybe I should start a program for those who are addicted to addiction programs - at US$28 000 it will be cheap as chips (as long as they not casino chips)!

Personality of the Month: Scott Kellogg

Scott Kellogg has many ideas which dovetail with mine when it comes to the progressive treatment of addictive disorders. Scott calls it gradualism, which I think is a really useful term. Dr Kellogg is a Clinical Psychologist, Addiction Psychologist, and a Gestalt-trained Schema Therapist who currently works as a psychotherapist and supervisor at the Schema Therapy Institute in New York City. Currently a Clinical Assistant Professor in the New York University Department of Psychology, he was previously on the faculties of The Rockefeller University, the Yale University School of Medicine, and the Clinical Psychology Program at Teachers College/Columbia University.

To find out more on gradualism and Integrative Addiction Psychotherapy, visit Scott's website. I was first made aware of his work when I read the paper he wrote with Dr Andrew Tatarsky: Re-envisioning Addiction Treatment: A Six-Point Plan, which, in my opinion, is essential reading for all program directors.

Quote of the Month
Time for some controversy. Recently Richard Wilmot(PhD), author of “American Euphoria: Saying 'Know' to Drugs”, posted a provocative statement on a LinkedIn discussion group. This is a brief extract:


"Today one of the main criteria for a diagnosis of drug addiction/alcoholism is: continuing to consume alcohol or another drug “despite unpleasant or adverse consequences” (DSM). For the Christian martyrs the same criteria would apply. People of that time and place—Rome, 2nd century A.D.—could also say that this new Christianity was like a drug that endangered lives and that being a Christian had all the adverse financial, social, psychological and physical consequences that we now see in the lives of drug addicts and alcoholics. And yet Christians, of all ages, in spite of the consequences, continued to profess their faith… and continued to be eaten by lions.
Obviously there was something to Christianity that prevented the Christian from being abstinent from Christianity..............Like the Christians who suffered and died for their faith, the addict has also made a choice… to lose everything for the “faith” in the euphoria of the drug experience."

Marc Lewis and I expanded on this idea in our blogs. Dr Wilmott's complete posting can be found here, along with my comments. Marc's blog also has some really interesting insights and reader comments on this same subject.