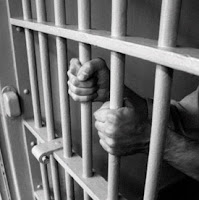 Addiction is health issue, not a criminal one.


The recent Drug Watch campaign, editorial comments and letters in the local press seem to all be prescribing harsher criminal sanctions for drug addicts. Even the recent special remissions of sentences, granted by the State President, have excluded those convicted of drug related crimes. Even so, I would like to suggest that this approach is both ill-informed and not helpful if we are to make in-roads in dealing with the drug problem that undoubtedly affects our community. We need to base our approach on sound research and not on popular sentiment.
Firstly, we need to define who we are talking about. Are we talking about addicts, drug users or both? There is a significant difference. The American Psychiatric Association defines addiction as a "chronically relapsing disorder that is characterized by three major elements: (a) compulsion to seek and take the drug, (b) loss of control in limiting intake, and (c) emergence of a negative emotional state when access to the drug is prevented".  A person who is an addict is more than a drug user. Their whole life revolves around the getting and using of drugs.
Medical science tells us that the addicted individual is unable to simply say no to drugs. There is significant research proving that chronic drug use brings about fundamental neurological changes that move a susceptible individual from drug user to addict.
As someone who works with addicts on a daily basis I can confirm that addiction is very seldom something entered into by “free choice”. Research has been telling us this for many years, yet public policy has, to the most part, ignored all the evidence and adopted a punitive approach when dealing with addicts. Addiction is a chronic, relapsing disease which, like many brain diseases, has behavioural and socio-spiritual aspects. Once we understand this we can accept that a bio-psycho-social approach is required to effectively treat addiction. Drug addicts need treatment for the medical disorder from which they suffer, not time in jail which will only teach them how to become better criminals.
So what about drug users? Although not all drug users will become addicts, everyone who uses drugs is at risk of becoming an addict. Should we put all drug users in jail? After all, drug users know that drug use is illegal and should be prepared to face the punishment.
You may feel that drug use is free choice. This, however, is not strictly true. There are a number of theories that explain why people turn to drugs. Social diffusion theories such as that described by Ferrence and Rogers tell us that the use of drugs spreads into a population due to a number of complex interactions. Whatever these interactions are, we cannot deny that drugs are common place in our community and as such the drugs are more readily available and not as much of a taboo for first time users as in the past.
The Alcohol and Drug Research Unit of the Medical Research Counsel state “our findings suggest that young people use alcohol and other drugs because of their personality attributes and friendship networks, low levels of parental involvement, and community and societal pressures.”
Echoing these findings, the Cultural-Identity Theory of drug abuse describes personal marginalisation, ego identity discomfort, social marginalisation, identification of the drug sub-subculture, economic opportunity, educational opportunity and popular culture all as factors that contribute towards the motivation to use drugs. This is borne out by the fact that our community has a far greater prevalence of drug abuse than, say, Constantia. To further remove drug use and addiction from the realm of choice is the fact that genetic predisposition has a large role to play (up to 50% in some literature). And if the above is true, by punishing an individual for being a drug user is effectively punishing someone because of their social circumstances and the consequences of their birth, and that smacks of apartheid-era justice.
Another theory of drug addiction is that of self-medication. The high prevalence of comorbid psychiatric disorders amongst addicts and the fact that users of certain drugs tend to have similar psychiatric problems would add some credence to this theory. In a community where access to psychiatric services is severely limited, many of these problems go undiagnosed and unmedicated. In many cases the first use of a drug alleviates symptoms and appears to enable the individual to function better (in the short-term). An example could be a person suffering from ADHD using methamphetamine, which has similar pharmacological actions to the drugs that would be medically prescribed. Many drug users experience a sense of wholeness as yet not experienced when they start to use drugs.
What if we were to simply throw drug users into jail? Would we not alleviate some of the problems within our community? To quote the United Nations Office on Drugs and Crime: “There is considerable evidence that effective drug dependence treatment offering clinical interventions as an alternative to criminal justice sanctions substantially increases recovery, including a reduction in crime and criminal justice costs. This improves the outcomes of both the person with the drug disorder and the community when compared to the effects of the criminal justice sanctions alone.”
Many of the recovering addicts I see have battled hard to overcome their addictions, and are well into recovery, and could become productive members of our community and symbols of hope to those still suffering; but they cannot find employment because of criminal records for minor possession charges.
To see drug addiction, as our chairman seems to, as simply a result of poor morals and bad choices made by bad people is both simplistic and disingenuous. Worse, instead of improving our communities, if we acted as he suggests, we would simply exacerbate an already intolerable situation.

Yes, drug users and addicts who break the law by stealing, abusing others, committing sexual offences or driving under the influence should be punished for these acts, but that also applies to the rest of society. To, however, incarcerate someone who has been caught for possession of an illegal substance, throw them into jail with hardened criminals and leave them with a criminal record against their name is not justice, it is criminal.