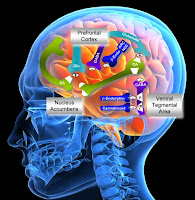 This is Newsletter Number 2, which is a little late due to a crashed hard-drive. The only two documents I had not backed up were the talk I was due to present "Sex, Drugs and No Control", and this newsletter, so it was back to the keypad! But we've made it, although in a slightly shorter version. I hope you find this summary of addiction news from around the world useful. Your suggestions are again most welcome, and articles for the website or that you would like to have linked to this newsletter can be directly submitted to me by e-mailing shaun.shelly@yahoo.com.

The State of Treatment
Inside Rehab

Anne Fletcher's new book "Inside Rehab" has caused a lot of press, and has most certainly generated a lot of strong opinion. It hit the New York Times best seller list before it was even released. My copy has just arrived, so I will, no doubt, offer some opinions in the future. The book is the culmination of 4 years of research, during which time the author visited fifteen addiction programs and interviewed over a hundred clients. What emerges is an alarming discrepancy between science and practice. One of the most important points to emerge is that by far the most addicts don't need rehab to recover. The New York Times and The Fix have both covered the book and both articles have brought about heated debate.

I too am concerned about the state of rehabs, especially the multitude of faith based facilities we see in the local context. I have written about this here: "Faith Based Rehabs: What in God's Name Is Going On?"

Dr Who?
If we are wondering why the majority of those seeking treatment are misguided about evidence based care, this is a reason why: Turning addiction treatment into entertainment. For those of you who have time to watch DSTV, you may have stumbled upon Dr Drew. Now that the "Dr" has lost yet another patient to suicide, his mortality rate is at 11% for patients/supporting cast of Dr Drew Celebrity Rehab.

Recovery or Treatment?
One of the hot debates at the moment is that the concept of "recovery" has run its course and we should be looking towards harm reduction and treatment. Of course we tend to throw the baby out with the bath water, and forget that there is probably truth in both arguments. White and Evans have provided a neat summary of this two views in a table in their paper "Toward a Core Recovery-Focused Knowledge Base for Addiction Professionals and Recovery Support Specialists". I think that we are going to see increasing division in the treatment of addictive disorders with one side advocating "recovery" while the other side advocates "pharmacology". Hopefully sense will prevail. 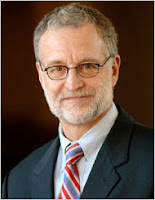 Dr Mark Willenbring is an addictions psychiatrist focused on transforming treatment for addiction in America by offering a comprehensive continuum of care based in science, compassion, consumer choice, access and affordability. As a former Director of Treatment and Recovery Research at the National Institute on Alcohol Abuse and Alcoholism he is well qualified to talk about evidence based treatment practices.

Dr Mark Willenbring also commented on the state of treatment programs in the States in his post "What's Wrong With Addiction Treatment in America". He has this rather poignant observation to make:


"We need to foster the humility to care, even though our treatments are only partially effective, and in some cases totally ineffective. We can't abandon our patients because we cannot change the course of their illness."


Pharmacology
Opioid Substitution Treatment
There is increasing evidence for the effectiveness of OST, and a fair share of controversy that typically pits those who see OST as an end in itself and those who see it as a means to an end (more on this next month). The one thing both sides can agree upon is that treatment retention rates are typically very low. Two studies this month try to address this issue. One is UK based and focuses on Methadone: "Evidence and recovery; improving outcomes in opiate substitution treatment." The other paper in the Journal of Substance Abuse Treatment examines the use of buprenorphine in an abstinence-based continuum of care. Neither comes up with any convincing answers, and I would suggest that we need to focus our attention on treatment retention. Unfortunately this is often a function of the clinician's ability to engage the patient, and as such is difficult to measure.

Naloxone
Perhaps more controversial than OST is the distribution of Naloxone to at risk populations for administration in the event of overdose. Naloxone, an opioid antagonist with a high affinity for the opioid recepetor, reverses the effect of heroin and can prevent death if administered soon enough after a potentially fatal overdose. This article describes how the distribution of free Naloxone has reduced the number of deaths in Brighton and Hove. The drug has also been introduced into the prisons. In 2012 the CDC in the US reported that over 10 000 lives had been saved through Naloxone distribution. In the South African context we are seeing increasing heroin use. Currently most users are smokers, but soon we can expect a sharp increase in injectors over the next few years if anecdotal evidence proves to be prescient.

Quote of the Month

I think Marc Lewis nailed it perfectly when he had this to say about addiction:

"But I sometimes wonder if one of the most bizarre paradoxes is that the addictive goal — the drug or drink — really does replace the thing that we wanted most. Warmth, connection, safety….all so complicated, so difficult to control — some kind of purgatory compared to the sheer end-of-the-world salvation of the addictive act, which takes us straight to hell but passes by heaven en route."

Research
NMDA Receptor Modulators
Glutamate is one of my favorite subjects because of its apparent role in the reinstatement of addictive behaviours through cues. We have seen Topiramate show some success in the reduction in cue-reinstated drug acquisition. This month Pharmaceuticals published an article: NMDA Receptor Modulators in the Treatment of Drug Addiction. The frustrating conclusion: "However, the lack of consistency in results to date clearly indicates that additional studiesare needed, as are studies examining novel ligands with indirect mechanisms for altering NMDA receptor function."

Epigenetics and Psychostimulant Addiction
There has been evidence of long-term changes the neural networks through gene expression in the presence of chronic drug use. This paper examines the regulation of BDNF (Brain-Derived Neurotrophic Factor) and the epigenetic mechanisms around this. The expression of BDNF seems to have a distinct effect on drug taking behaviour. Nestler and Feng also examine the "Epigenetic Mechanisms of Drug Addiction", summarizing the latest advances in the field. Further studies into the epigenetic processes will help explain the long-term effects of drug taking, and shed light on the road that leads from "use" to "addiction" as well as how best to reverse or compensate for these changes in treatment. 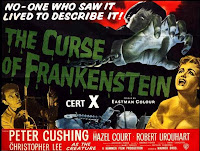 Last month we spoke about Frankenstein Treatments, talking about ablative surgery. This month we have a Frankenstein Drug! In a paper in Forensic Science International they describe the identification of URB-754, a new designer drug. What is indeed a first, is that the reaction between a synthetic cannabinoid and a cathinone-type designer drug has resulted in a a new substance -  (N,5-dimethyl-N-(1-oxo-1-(p-tolyl)butan-2-yl)-2-(N′-(p-tolyl)ureido)benzamide). The study also identified 12 new synthetic cannabinoids. This is going to be more and more common as products like "spice" and "bathsalts" hit the streets in an attempt to avoid detection through drug tests and criminal sanction for those carrying and dealing.

Local Heroes
Bronwyn Meyers, Charles Parry and others have just published an new paper entitled "Ethnic differences in alcohol and drug use and related sexual risks for HIV among vulnerable women in Cape Town, South Africa: Implications". Perhaps suprising from this research was the prevalence of Methamphetamine use amongst black women. Particularly concerning was the levels of AOD-influenced and unprotected sex amongst coloured women.

New Drug for Meth Addiction?
MN-166 (Ibudilast), primarily used in the treatment of strokes and multiple sclerosis, has received FDA fast-track status and is in Phase 2 Clinical trials - specifically because of the lack of medications available for Methamphetamine addiction. MediciNova chief scientific officer Kirk Johnson explains: "Ibudilast acts on certain brain cells called astrocytes and microglia that play important roles in inflammation, neurotransmitter regulation, and protecting neurons and calms these cells down when they get overactive. Importantly, that phenomenon is common in these three areas we’re developing our drug in, methamphetamine and opioid addiction, chronic pain and in progressive multiple sclerosis."

Policy
New Zealand leads the way?
In order to counteract synthetic drugs, New Zealand has taken a rather novel approach: Regulate the industry. Synthetic drugs are a nightmare for legislators because there are new ones being invented all the time, often with the sole purpose of evading use and distribution laws. In this BBC report, they describe New Zealand's approach as shifting responsibility to the manufacturer and retailer. Columbia, who have decriminalised marijuana and cocaine for personal use and the possession of small quantities, are now looking at decriminalising synthetic drugs, including Methamphetamine.

For those of you looking for more information on the African situation, the African Arguments series of books has just published "Africa and the War on Drugs". Africa has, in recent years, become an active player in the international drug trade. The American War on Drugs has not left the continent unaffected. From Nigerian drug lords in UK and South African Prisons, to Khat chewing Somali Pirates and Meth fueled gangs on the Cape flats, we are experiencing the effects. The book also explains how foreign-inspired policies have created corrupt law enforcement officers. One of the major criticisms of the book is that they perhaps downplay the complicity of government in the drug trade. This is highlighted in James Cockayne's commentary. We in South Africa have certainly experienced the effects of drug diversion of cargoes traveling via West Africa en-route to primary markets as law enforcement measures become more effective. Drug policy is certainly going to shape the future of many countries, especially as we find great disparities in policies and a waning of American influence in the war on drugs.

Banker or Dealer
The London Evening Standard poses the question "Who earns the most - a Goldman Sachs banker or a street drug dealer?" One of the things this article talks about is a program to reform young drug offenders:"a former Barclays banker who now works in prisons and young offenders’ institutes, giving talks about understanding money, setting offenders up with work experience at a Swiss company on virtual spread betting platforms and finding them mentors.“We give them [offenders] inspiration about investment bankers because they work in very similar ways ... If you are investing you are managing a portfolio — you are the CEO of that portfolio. These guys are the CEOs of their council estates. They understand how to market, to distribute. We’re [investment bankers are] managing a portfolio, but they’re managing drugs.”"
This may seem a stretch, but one of the brightest men on the planet (in my opinion), Chris Arnarde, who has a PhD in Physics, worked for years on Wall Street and now documents the lives of addicts in Hunt's Point, wrote a piece for Scientific American called "Why it's smart to be reckless on Wall Street", and in the article he says of the life of a trader:  "It rewards short-term gains without regard to long-term consequences." And that sounds a lot like addiction to me!
Posted by Shaun Shelly
Email ThisBlogThis!Share to TwitterShare to FacebookShare to Pinterest
Labels: addiction, Medication, newsletter, opinion, opioids, pharmacology, public policy, recovery, rehab, treatment
Newer Post Older Post Home