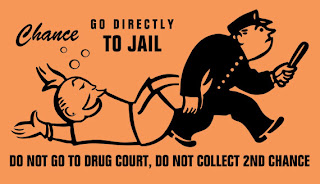 This month we celebrated Human Rights Day in South Africa. I was given the opportunity to share my opinion on why those suffering from addiction are seldom afforded the same rights as others. A copy of my speech can be found here: Human Rights Day: Addicts are also Human. This month saw the first International Conference on Behavioral Addictions taking place in Budapest and so it is fitting to talk a bit about gambling addiction. Also in this issue:
The DeltaFOSB Feedforward Loop, Drug Court, The Portuguese Drug Policy, Russel Brand on Addiction, Discontinuation of Sublingual Buprenorphine and Possible Approval for Buprenorphine Implants 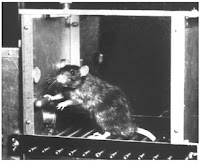 Dirk Hansen, author of "The Chemical Carousel" talks about gambling machines in his article on his blog, "Addiction Machines: How Slots are Designed for Compulsive Play". I have seen many meth addicts become compulsive machine addicts, and even when the meth use stops, the gambling continues. This is not surprising, as " recent research seems to show that machine gambling pushes gamblers into an addictive relationship with gambling at a rate three times faster than gamblers who stick to live table games" says Hansen. Surely it is unethical to create an Addiction Creating Machine? Sounds like something out of a sci-fi movie, but the world of economics keeps turning and it's often in government's favour to allow gambling to encourage gambling, as Staton Peele says in his Psychology Today blog: "Look Who's Addicted to Gambling".

Paralimbic Interaction
Altered paralimbic interaction in gambling addicts has been noted in a new study published in PNAS. The study examined communication between the medial prefrontal/anterior cingulate (ACC) and medial parietal/posterior cingulate (PCC) cortices using magnetoencephalography. These two regions of the brain are linked to self-awareness and are considered important in the expression of self-control. Not suprisingly, pathelogical gamblers show low levels of self-control, and they show a corresponding impaired communication between these two areas. This has been previously demonstrated with exogenous addictions, but this is, apparently, the first time it has been shown with behavioural addictions. What is of particular interest is, to quote the study, " gamblers with a history of stimulant abuse had up to four times higher power at the ACC site during rest and the task compared with controls. In conclusion, pathological gamblers had higher impulsivity and functional paralimbic abnormalities, which could not be explained by a history of stimulant abuse. In addition, previous stimulant abuse had a marked effect on the amplitude of oscillatory brain activity in the ACC and PCC, suggesting long-term deleterious effects of repeated dopaminergic drug exposure." The million dollar question is, of course, which came first, the dysfunction or the addiction, but what is clear is that even after drug use has stopped, the effects linger, making one more susceptible to alternative expressions of addiction.

Research
DeltaFOSB Feedforward Loop in Cocaine Addiction
The NAc has long been described as the brain's pleasure centre, and  the link to drug addiction is well documented (See "Common Reward Pathway" and "Neurological Underpinnings of Addiction" for an overview). We have also seen how DeltaFOSB levels are elevated in addicts and could lead to sustained changes in gene expression in addicts. A. J. Robison and his research team at Michigan State University have been examining the production of both DeltaFOSB and calcium/calmodulin-dependent protein kinase II (CaMKIIα) in the NAc. The DeltaFosB is linked with addiction and the CaMKIIα linked with memory. The proteins have a reciprocal relationship—they increase each other’s production and stability in the cells—so the result is a snowball effect that Robison calls a feed-forward loop. In this fascinating research they found that by elevating the levels of DeltaFOSB caused rats to behave as though on cocaine. Both these proteins regulate AMPA receptor expression in the NAc, bringing glutamate into play. What they have been able to do in rats is interrupt this loop by preventing the function of the learning protein. This fascinating study was published in this month's issue of "The Journal of Neuroscience". 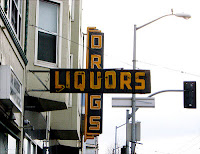 Jeffrey Miron, Director of Undergrad Studies at Havard University Department of Economics has been a long-time advocate of legalising drugs. So much that he would like to see drugs sold in supermarkets. In his interview in Der Spiegel he outlines his argument. He argues that by decriminalising drugs the US would save between $85 to $90 billion per year. No doubt his views are controversial. He says in the interview:


"The effects of cocaine are described in a highly exaggerated way. There are Wall Street bankers who snort coke; they have high incomes, access to a good healthcare system, are married and have a stable life situation. Many of them subsequently stop taking cocaine. I get the impression that these people enjoy consuming it. Then there are people who smoke crack cocaine and lead lives that are very different from those of stockbrokers; they are people with low incomes, no jobs and poor health. Many of these people come to a sorry end. But cocaine's not to blame for that. Those people's lousy lives are to blame"

These are clearly the views of a libertarian economist, and seem to avoid the very real issue of the harm caused by addiction. However, before writing off his ideas as being totally crackpot, read the interview. Certainly he does make some good arguments.  As he says:


"If a friend of yours does something that's stupid, do you think about whether it would make the situation better or worse if you intervened? Maybe putting your friend in prison and forcing him to undergo therapy isn't the best solution. Maybe it's better to talk to your friend in a calm and collected way."

Drug Court
A little less controversial is the concept of the drug court. The Fix give a glimpse of a day in drug court. Drug courts have been shown to reduce the cost of addiction by saving $3.36 on the dollar, and also the NADCP research claims that 75% of drug court graduates remain arrest-free for at least two years. This seems very attractive, but for me there are two major problems: The individual usually has to plead guilty to a crime before they will be considered for treatment diversions - which means they are criminalised in the process and also they are forced to attend 12-step programs or enter rehabs with no desire to get clean. This is one of the NIDA principles that I disagree with - forcing someone into treatment often sabotages future treatment attempts, and goes strongly against the latest evidence (think Miller and motivational interviewing).

The Portuguese Model
They will soon be famous for more than Nando's chicken! Since 2001 Portugal has decriminalised drug use and posession. Instead of appearing before a criminal court, drug users who are arrested appear before "Dissuasion Committee" which consists of specially trained justice officials, a social worker and psychologist.  Dealing and trafficing are still illegal. While this is not news, the research over the last 11 years is beginning to look credible. In 2001 an estimated 100 000 were addicted to drugs - that is 1% of the population! Between the implementation of the law and now there have been significant changes:
I find this very exciting. Imagine the data collected from these non-threatening dissuasion sessions and how this can be used to address socio-economic and community issues.

So where did Portugal get the motivation  to pass such controversial legislation? Jose Socrates, the Prime Minister's brother was an addict and he learned from this experience. "It was a very hard change to make at the time because the drug issue involves lots of prejudices," he said. "You just need to rid yourselves of prejudice and take an intelligent approach." 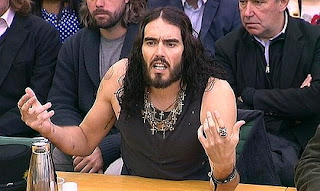 Comedian Russell Brand has been on the wagon for the last ten years. Now he has started a charity with the Comic Relief structure called "Give It Up". Love him or hate him, Brand is one of the most vocal of drug policy advocates, appearing before the House of Commons last year to promote addiction as a health issue. Brand is no big fan of Methadone, as he states in this article published in the Guardian last year. In spite of his cavalier attitude and constant joking (he is a comedian after all) Brand has some worthwhile comments and is doing a lot to create a more balanced view of addiction and decrease the stigma. In his latest very frank article in the Guardian he talks about his new charity and continued vulnerability. He offers this little gem of an insight into the addictive mind: "Drugs and alcohol are not my problem, reality is my problem, drugs and alcohol are my solution". Read Beth Burgess' opinion as to why she thinks Brand has it right at the HuffPost.

What's the link between interns and 12-step meetings? Caffeine! Most of us rely on a daily boost in the form of coffee, coke or energy drinks.  Dirk Hanson, author of "The Chemical Carousel" has put together a really neat synopsis of the war on caffeine in his blog. Amazing that this battle began in 1911 with the confiscation of Coca-Cola concentrate! It appears caffeine is lurking everywhere, according to a list formulated Jack E.James in the "Journal of Caffeine Research". Its even in shampoo! And is drunk in such large quantities that it is a contaminant of our fresh and salt water. Meanwhile, the Atlanta Journal-Constitution reports American's caffeine addiction intensifies, but if you are worried, fret not, because apparently in Africa, its not a problem, according to Dr Kemi Odukoya of the University of Lagos: "Mechanisms of action of caffeine are very different from that of drug abuse and they do not affect the brain circuit and structure for reward, motivation or addiction." And we all breathe a collective sigh of relief!

Buprenorphine
Buprenorphine Implant
Titan Pharmaceuticals  may be given approval by the FDA for the marketing of Probuphine, a matchstick sized implant designed to fight opioid dependance. The implants are effective for up to 6 months. Although the FDA advisory board has recommended that the medication is approved on April 30, there are still some concerns regarding dosage. Each implant contains 80 mg of the drug, and four to five rods are usually implanted under the skin for a 4- to 6-month treatment course.

Sublingual Buprenorphine Manufacture Halted
The introduction of the implants may be good news considering that Reckitt Benckiser discontinued the manufacture of Buprenorphine tablets on 18 March in the US, citing concerns about accidental Paediatric exposure. This is after analysis of data from the US Poison Control Centres. Instead the company is recommending the migration to the Suboxone film. Call me cynical, but I believe this has less to do with safety concerns and more to do with the fact that the patent on the sublingual tablet is about to expire and the patent on the film is still valid for a number of years! For more on transdermal buprenorphine safety, and its use in pain management, read this paper: Transdermal buprenorphine in the management of persistent pain - safety aspects.

Quote of the Month
To end this months newsletter, how about a quote from the inventor of the detective fiction genre, Edgar Allan Poe: 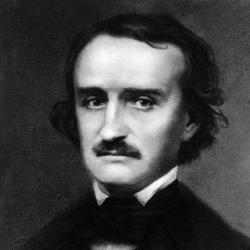 “I have absolutely no pleasure in the stimulants in which I sometimes so madly indulge. It has not been in the pursuit of pleasure that I have periled life and reputation and reason. It has been the desperate attempt to escape from torturing memories, from a sense of insupportable loneliness and a dread of some strange impending doom.”